Halloween wedding at Gibside Chapel, the reception was held at the Gibside Hotel

I was absolutely delighted to Photograph Rachael and Lee’s wedding at the amazing Gibside Chapel. Rachael teaches Design Technology and her classroom is just opposite mine. You will often find me in Rachael’s room having a chat and laughing about the silly things that kids say and do.

Rachael needed Gibside Wedding Photography. I arrived at Rachael’s house which is full of gorgeous artwork everywhere you look. I began photographing her beautiful wedding dress. It had a gorgeous train and a thin belt decorated with little sparkly jewels. The autumn leaf pattern was perfect for her autumn themed wedding. After photographing the dress in the bedroom I was inspired by the golden autumn leaves in the garden.

I decided that the dress would look amazing in Rachael’s garden. I think I’m right.

Most importantly it was a peaceful morning for this Gibside Wedding. Charlie, a professional makeup artist, did a fantastic job of Rachael’s makeup. They had lots to catch up on and chatted away whilst I had fun photographing Rachael’s Doctor Martins wedding boots. I would expect nothing less from Rachael.

Furthermore, Rachael’s face lit up as the flowers arrived from Flower Design Rowlins Gill. They were exactly what Rachael had envisaged, with soft pink and cream roses and snippets of red berries. They were beautiful. There was also a small frame which contained a very personal image for Rachael, such a beautiful touch. Wedding Photography by Forget me Knot Images.

‘DT Dad’ had worked with Rachael and they had a strong bond. He was very honoured to walk her down the aisle.

Firstly, Racheal travelled to her Gibside Chappel Wedding in a very trendy camper van. The autumn colours were spectacular, I reached the chapel which is breathtaking. I walked inside and the ceiling is just beautiful, the perfect place to tie the knot.

After the ceremony, we had time for some group pictures which we did in front of the Chapel. I was then able to spend some time with Rachael and Lee to capture some pictures with the autumn leaves. We had fun laughing and giggling in the sunshine.

We then headed to The Gibside hotel to continue the party. Rachael is a very talented artist and runs a laser cutting business called Rip&Snip. None the less she had been very busy making decorations for her wedding. It certainly had the wow factor.

For Rachael’s Gibside wedding she decorated the tables with skulls, a spooky black crow, eyeballs and a paper mache hand. In addition, there was even a trapped fairy, it was all very tasteful. I think even Tim Burton would have loved it! I particularly loved the skull which also doubled as a candy bowl, perfect.

Furthermore,  for this Gibside Wedding, many of the guests used this time to go and change into their Halloween outfits. Racheal’s friends and family really made an effort!

The dancefloor began to fill up. I’m impressed by the cake especially the skull cake topper that Rachael made, which read, ’til death do we part’. Wedding Photography from Forget Me Knot Images.

We had the privilege of choosing Lindsey to be our photographer for our autumn wedding. From our first meeting to getting our photos Lindsey made us feel relaxed and comfortable. She was professional and calm through the day, acting like a ninja to perfectly capture every moment.  Thank you for being so awesome. The photos are great.

Lindsey fit in perfectly and made the day fun. We are absolutely delighted with the beautiful photographs she took, managing to make an older bride and groom look great! 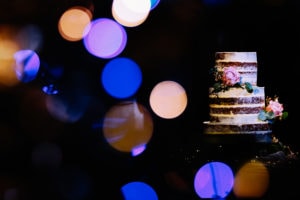 After spending a few hours with Lindsey, I felt I had known her for years! Lindsey is very talented and creative, yet so grounded.  Whilst there were girls everywhere, rushing about and stressing Lindsey was relaxed and calm and kept us all focused. Throughout the whole day, Lindsey was very discreet yet always seemed to be there capturing the moment! We couldn't have wished for any more, from all of us a HUGE thank you! 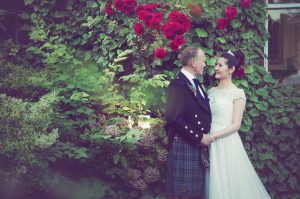 I can honestly say that Lindsey is one of the most professional and genuine people we have ever met. Throughout the whole day Lindsey was discreet yet always seemed to be there capturing the moment! I can't recommend this lady enough, she is very talented and creative yet so grounded.

Fiona & Stephen – ‘But most importantly the pictures were amazing!’ 5/5

We are delighted we chose Lindsey. From the first meeting to the actual day she was always available and answered any questions we had. But most importantly the pictures she provided were amazing! We also took the photo booth option which was a great addition as everybody loved it! 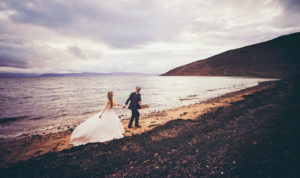 We couldn't be happier with Lindsey's photographs of our wedding. She truly captured the journey of the day and produced stunning, natural images that we will treasure forever. I can't recommend Lindsey enough! We are so glad that we picked Forget Me Knot Images.

The photographs Lindsey took have genuinely enhanced what was a perfect day for us. Lindsey worked tirelessly from first thing in the morning to well into the evening, to get as many original, personal and imaginative shots as possible. It was and continues to be as we look at our photos, a wonderful experience.